What’s a happiness spoiler for you? I’d like to invite you to delve deeper into the topic of happiness with the story below. 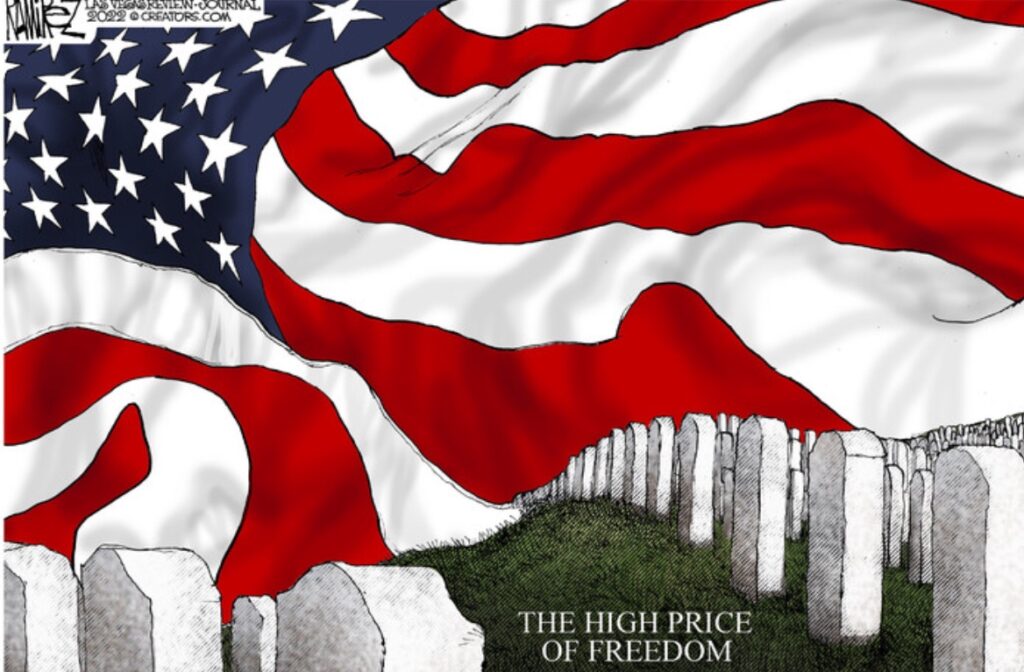 An exchange student who fought to keep his country from turning into a communist regime asked a professor, “Do you know how to catch wild pigs?” Then he explained:

You catch wild pigs by finding a suitable place in the woods and putting corn on the ground. The pigs find it and begin to come every day to eat the free corn. When they are used to coming every day, you put a fence down one side of the place where they are used to coming. When they get used to the fence, they begin to eat the corn again and you put up another side of the fence. They get used to that and start to eat again. You continue until you have all four sides of the fence up with a gate in the last side.The pigs, which are used to the free corn, start to come through the gate to eat that free corn again. Then you slam the gate on them and catch the whole herd. Suddenly the wild pigs have lost their freedom. They run around and around inside the fence, but to no avail. Soon they go back to eating the free corn. They are so used to it that they have forgotten how to forage in the woods for themselves, so they accept their captivity. The young man told the professor that is exactly what he sees happening in America.

What’s wrong with eating your food? But what a way to live when we develop unhealthy dependency. To satisfy our needs, do we need to peddle our freedom and dignity, or let others abuse our safety and trust? Is there no other way?

Unfortunately, it is when we are down and out that we may fall for the easier way out. It gets worse when it is a national crisis like an epidemic, war, or a recession. It might be a timely reminder to say that Hitler used inflation as the single issue to buy the sympathy of people. Now, with the rise of inflation almost everywhere in the world, shouldn’t we be more careful how we navigate thru trying times? Do we just follow the crowd? Do we just go for the free stuff? Do we just believe promises? There are “nice” people who take advantage of others in dire times, especially those who use good intention to justify draconian means. In the end, good intention is just a mask. Happiness is spoiled.

May we not become a society addicted to flowery promises and unbelievable freebees. These stop when the givers run out of other people’s money. The thing is both are addictive. “The instant gratification from dopamine it produces is a rewarding feeling like that produced by drugs. But dopamine also prevent us from learning that the reward is fleeting. It creates a learning resistance at the primal level of the brain as happens in gambling or social media by interfering with reward prediction. It overrides our self-awareness or reflection that a thing is damaging, deceptive or degrading, with an illusion that the reward is ever new and worth pursuing.“

Indeed, nothing is free including life, liberty and happiness. There is an economic side for happiness. But the price is beyond material and temporal. Jesus succinctly asked, what wold you give in exchange for your soul?

As mentioned at the beginning, I am inviting you to delve deeper. Is this too convicting? Or, have you made an awful exchange already somewhere, somehow? Don’t panic. You are not alone. The Bible told the story of Esau who, famished from hunting, sold his birthright to younger brother cook Jacob, in exchange for a bowl of his porridge. What an exchange and loss. Did he think he was like a beast? Unfortunately, many are going to make choices out of fear, ignorance, or for instant gratification, due to haste, a dopamine rush, wrong belief, pride, misplaced trust, naive expectation, compromised social values, which plunge them into greater losses, moral failures, and spoiled, lifetime of unhappiness. Whether you are the instigator or the receiver, it does not have to end in tragedy.

By now, you would have realized the transactional nature of happiness. That is why we are created with freedom. We can choose to win it or lose it, wait for it or work for it. I am not saying if you do good you would only be rewarded good. For even good people suffer. Rather, we eventually reap what we sow. We have to invest if we want to see profit later, and preferably, at the right time. Losing some sleep to finish a project, giving up sweets for health, forgiving to heal, or painstakingly pray for a wayward child. The examples are endless. Based on Matthew 6:33, the solution may not be as hard or too late as it seems. It says, “Seek first the Kingdom of God and His righteousness. Then all these things shall be added unto you.” If we stop for a moment and analyze this basic exchange, we would notice a different exchange that promotes happiness.

Small Step: So when the world is unkind and spinning out of control, do I turn into swine or a saint, a person made in God’s image? How would my reaction show it?